If you’ve paid attention to cars over the past few years, you’ve noticed that there are lots of vehicles that return 40 mpg or better in highway driving. What’s most impressive, however, are the number of vehicles that average 40 mpg or better in mixed driving conditions. The Toyota Prius remains the most fuel-efficient hybrid you can buy. But did you know that the 2014 Honda Accord Hybrid and 2014 Ford Fusion Hybrid are almost as fuel efficient?

This list helps answer the question I hear every week: Which cars offer the best fuel economy? I’ve excluded electric cars and plug-in hybrids from this list, since only a tiny percentage of buyers purchase those vehicles today. What you’ll find is a list of the 12 most fuel-efficient hybrid vehicles that average 40 mpg or better in mixed city and highway driving. I’ve listed the vehicles from most efficient to least efficient. 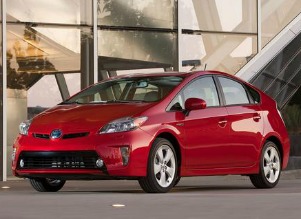 For the best mix of outstanding fuel economy, excellent reliability, and reassuring safety scores, you can’t beat the Toyota Prius. Though the car isn’t the most stylish machine on the road, it comfortably seats four passengers (and five in a pinch), is Recommended by Consumer Reports thanks to exceptional reliability scores, and secured the difficult-to-achieve Top Safety Pick+ rating from the Insurance Institute for Highway Safety (IIHS). You can drive at low speeds using only electric power, then the engine seamlessly switches to regular fuel to keep you going. Expect 51 mpg in city driving and 48 mpg or better on the highway. While the Prius is a bit noisy on the freeway, around town it’s quiet and exceptionally fuel efficient, which is reason enough to choose the Prius. 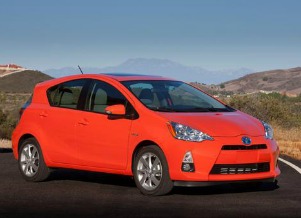 The smallest of the four-member Prii family, the Prius c is a great little city car that is easy to park, easy to drive and still manages to return 53 mpg in city driving and 46 on the highway. I’ve averaged as high as 56 mpg in my tests of this nifty commuter vehicle. Consumer Reports expects reliability to be much better than average. Safety scores are good, however, a poor grade on the demanding small overlap crash test means this vehicle was not named an IIHS Top Safety Pick. However, if you’re looking for a fuel-efficient vehicle for primarily city driving, the Prius c is a good option. 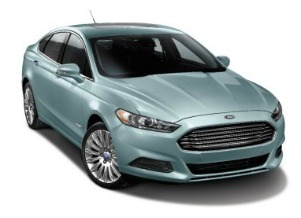 Forty-seven is the number you need to remember about the Ford Fusion Hybrid. Unlike the rest of the cars on this list, the Fusion Hybrid is equally efficient no matter where you drive: 47 mpg in the city and on the highway. This attractive sedan looks great and drives well. The cabin is upscale with an attractive fit and finish. The most significant issue for the Fusion Hybrid are the lower-than-average reliability ratings. However, the safety ratings are exceptional and the IIHS named the Fusion a Top Safety Pick+. The Fusion Hybrid is a worthy competitor to the hybrid versions of the Honda Accord and Toyota Camry. 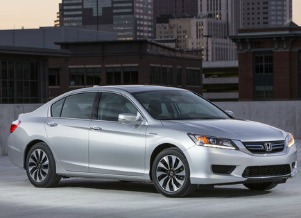 Here’s a surprise: the 2014 Honda Accord Hybrid averages at least six miles-per-gallon better fuel economy than the similar Toyota Camry Hybrid. What’s impressive about the Honda Accord Hybrid is that it is now a compelling alternative to the Toyota Prius and most drivers will agree the Accord looks better than the fuel-economy leader. Like the Prius, the four-door Accord sedan received a Top Safety Pick+ rating from the IIHS, which means the car will do a good job of protecting passengers in a collision. JDPower.com expects dependability to be better than most vehicles in its class. A powerful engine and good handling make the Accord an obvious choice. The downside? It’s more expensive than the Camry, Prius or Fusion. 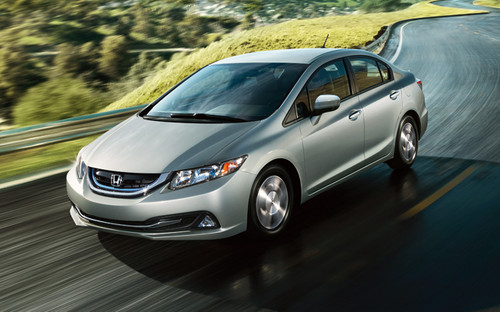 Here’s another surprise: the smaller 2014 Honda Civic Hybrid is less fuel efficient than the larger Honda Accord Hybrid. Still, EPA ratings of 44 mpg in city driving and 47 on the highway will help you become a stranger at your local gas station. Like the Honda Accord, the 2014 four-door Civic earned a Top Safety Pick+ rating from the IIHS. It also earned a spot on Consumer Reports’ list of Recommended vehicles thanks to an improved interior, better performance, and better-than-average reliability ratings. You’ll notice some road noise and Honda’s infotainment system is not my favorite. But overall, this small sedan is well worth your attention. 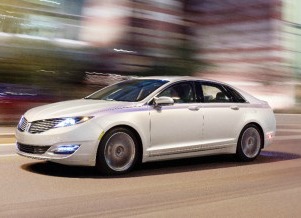 For years, upgrading to a hybrid powertrain required a premium price compared to regular gas models. Not so with the Lincoln where the MKZ Hybrid is the same starting price as the standard MKZ — just over $36,000. Though it shares many elements with the Ford Fusion Hybrid, the MKZ is a more refined and sophisticated package. Road noise is muted. The car looks terrific thanks to a 2013 redesign. Safety scores are impressive and the IIHS named the MKZ a Top Safety Pick+. JDPower.com predicts the MKZ will ultimately prove more reliable than most vehicles in its class.

Though VW is known for its turbo-diesel engines, the German car maker is now in the hybrid business with a car that appeals to drivers who appreciate Vee-Dub’s crisp design style. The Jetta Hybrid features a comfortable cabin and impressive rear legroom, plus a more punchy driving experience than you may expect from a hybrid. Safety scores are good, but fall short of a Top Safety Pick rating. Reliability also lags that of its Japanese competitors. With a starting price that fits between the Toyota Camry and Honda Accord, the Jetta Hybrid deserves a closer look. But be aware that you need to upgrade to premium models to secure equally premium features. 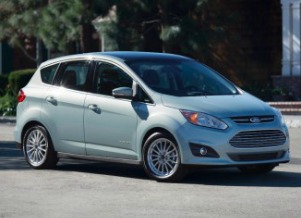 The C-Max Hybrid is a wagon or hatchback that seats five passengers but falls a little short in cargo space. The small engine and electric motor generate 188 combined horsepower, which is enough to motivate this hatch around town and return 45 mpg in the city and 40 mpg on the highway. One of the best features of the C-Max is that it can run at speeds up to 62 mph on electric power only, helping improve fuel efficiency. The C-Max earned a four-star overall rating from the National Highway Traffic Safety Administration. However, according to Consumer Reports, reliability scores are well below average. Otherwise, this is an appealing, fuel-efficient hatchback.

The 2014 model year is the last year for the Honda Insight. This four-door hybrid vehicle was designed as a direct competitor to the Toyota Prius — at least on paper. However, the Insight never caught fire with buyers nor did it come close to matching the exceptional fuel economy of the Prius. With the Accord and Civic exceeding the fuel economy of the Insight, it makes good sense for Honda to drive this one into the sunset. Handling is average and road noise is pronounced. Reliability is better than average, though crash test scores lag those of the Civic and Accord. Let’s be honest here: the Insight is the one car on this list you can avoid since there are more compelling alternatives. 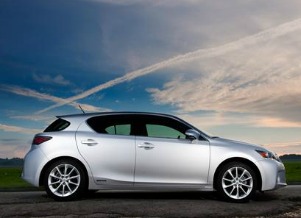 With a starting price just over $32,000, the Lexus CT 200h is the least-expensive Lexus hybrid but one of the most expensive vehicles on this list. It uses the same powertrain as the Prius, but doesn’t deliver the same level of fuel-economy performance. While it performs well in daily driving, it’s not particularly fast. Reliability is outstanding while safety scores are good but not exceptional. Overall, the CT 200h is a mixed bag. I like the look but don’t love the interior. I like the fuel economy but don’t love the price. If money is no obstacle, I recommend the Lexus ES 300h instead. 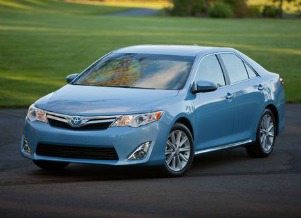 The Toyota Camry was the best-selling car of 2013 — though the hybrid version was not a huge seller. Toyota offers three versions of the Camry Hybrid, and the least-expensive version, the Hybrid LE, starts just over $26,000. For that price you can expect a vehicle that offers a spacious and comfortable cabin, a quiet ride, and 43 mpg in the city and 39 mpg on the highway. Consumer Reports and JDPower.com both expect the Camry to deliver dependable performance while the IIHS named the 2014 Camry a Top Safety Pick. 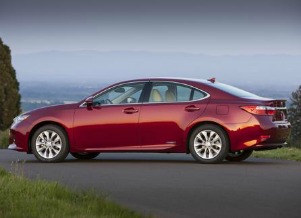 The Lexus ES 300h is a well-equipped, well-finished, entry-luxury sedan that returns 40 mpg in city driving and 39 mpg on the highway. With a starting price more than $13,000 higher than a Toyota Camry Hybrid, it’s an expensive hybrid sedan. But it comes with nearly bullet-proof Lexus reliability and excellent safety scores from the IIHS and a five-star overall safety rating from the NHTSA. This is a more luxurious vehicle than the Lincoln MKZ Hybrid and features a more impressive interior finish. If you’re a Lexus or Toyota fan, drive both the ES 300h and the Camry Hybrid and decide which one best fits your needs and budget.

About the Author: Michael Waterman

I'm a writer, a communications executive, and a car reviewer.